Nin, the oldest royal town in Croatia, is situated only 2 kilometres from Zaton on a small island ringed by long sandy beaches.

This old Croatian town is situated on a small island surrounded by long sandy beaches.

Archaeological research gives us evidence of the present of man in Nin about 10 000 years ago. Near the old part of the town, findings prove that man lived there 5000 years ago.

Nin has been urbanised for the past 3000 years. Nin was founded by the Illyrian Liburnians in the 9th c. B.C. when it carried the name Aenona. Croats came to Nin in the 7th century, inhabited it and it became the first political, cultural and religious centre of the medieval times in this region.

The ancient town of Nin was home to the famous prince Višeslav, the bishop Grgur Ninski, prince Branimir, the kings Krešimir, Zvonimir and Tomislav, as well as the princes of Bribir who also lived in Nin.

Nin is also well known for two pre-Romanesque churches, St. Cross (Holy Cross) from the 9th c., which is known to be the smallest cathedral in the world and the church of St. Nicholas on a specific small hill from the 11th c. 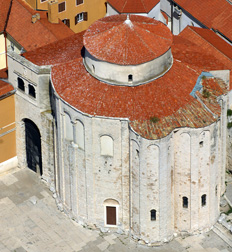 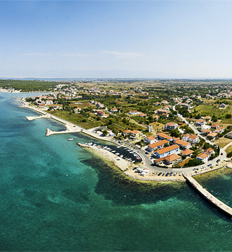 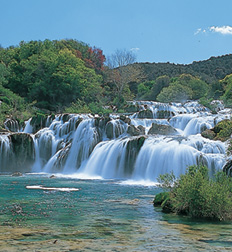