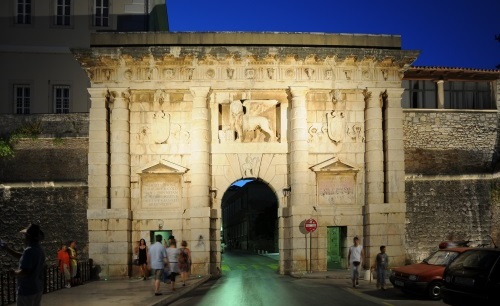 Northern Dalmatia, particularly the Zadar region is a great place for exploring the past, enjoying the present and making a promise to come back in the future. The nature is enchanting and historical monuments and cultural memorials situated in Zadar, Nin, Pag and other localities illustrate thousands and thousands of years of human presence in the region.

Cultural - historical sights on the coast

The symbol of Zadar is St Donatus' Church dating back to the 9th century and is situated next to the remains of the ancient Roman Forum and Saint Anastasia's Cathedral whose belltower is one of the best viewpoints. Apart from numerous other religious edifices, a permanent exhibition 'The Gold and Silver of Zadar' in the Benedictine Convent of St Mary's Church is well-worth the visit as is the Museum of Ancient Glass. Taking a stroll in the historical core and passing by historical walls, gates, towers, streets and squares means tracing the steps of Zadar's history. Not far from Zadar, the historical town of Nin, once the seat to early Croatian kings, has the smallest cathedral in the world, the Church of the Holy Cross, apart from other monuments of historical interest. Cultural-historical heritage does not stop on the mainland. Pag (on the Pag island), as an example of a Renaissance urban planning, as well as the Benedictine Monastery on the Pašman island are further places of immense cultural-historical value.

Sites and findings in Zadar's hinterland

Important cultural - historical sights are not only found on the coast but also in Zadar's hinterland. Among others, these include Mašković han as an example of secular Ottoman architecture, Benkovic castle, Jankovic tower, remains of Asseria - once a Liburnian and Roman settlement and Klicevica fortress as well as other important sites which are preserved to greater or lesser degree as the reminder of the turbulent past. Undoubtedly, these sights are very interesting to explore.

Greetings to the Sun and Sea Organ are the two, very unique sights that can be seen and experienced only in Zadar. Greeting to the Sun is a play of lights in the rhythm of the waves, at the spot on which the visitors come to watch the sunset. Sea Organ is a unique venture which produces sound coming out of stone steps sorted by a formula known only to its creator, Nikola Bašić, an architect from Zadar who designed both projects.

In Zadar region itself or quite nearby there are five national parks: Kornati, Krka, Paklenica, Plitvice lakes and Northern Velebit, and three nature parks: Telašćica, Lake Vrana and Velebit which is registered in the UNESCO List of Protected Biosphere Reserves. There are organised tours which enable the visitors to see more than just one of the parks in a row.

Zadar region is a nautical paradise with 25 bigger and 300 smaller islands from Kornati to the Kvarner islands. Sailors can choose from small ports and moorings as well as many marinas with Marina Kornati in Biograd na Moru as the central one for northern Dalmatia. In addition, the underwater world thrills licenced divers who get to enjoy the wonderful shipwrecks, caves, underwater flora and fauna. Diving schools are also available for those who want to explore the the sea(bed).

Islands of Dugi otok, Pag, Pašman, Ugljan and Lake Vrana have cycling tracks for passionate cyclists, amateurs and children, giving them the opportunity to actively explore the area. Cycling tours are also organized, with island hopping among the most popular ones. Marked hiking and trekking trails available are another option to truly take in the nature. Paklenica national park has 150 km of marked mountain roads and trails. Maps for trekking include trails on the islands of Dugi otok, Ugljan, Pag and Pašman as well.

There are numerous possibilities to get the rush of adrenaline in wider Zadar region. Rafting fans adore Zrmanja river canyon while climbers can choose between Velebit and Paklenica, or explore caves from Velebit to Dugi otok. Lovers of bungee jumping can feel the thrill on the Maslenica Bridge.

Plenty to do, plenty do explore

The wonderful sea and beaches are very inviting for visitors to come to Zadar region. As additional incentives, visiting places of rich cultural -historical heritage and breathtaking nature paired with a wealth of activities is often organized as tours so that the visitors can just sit back and take in the beauties around them.

Picture by Böhringer Friedrich (Own work) via Wikimedia Commons 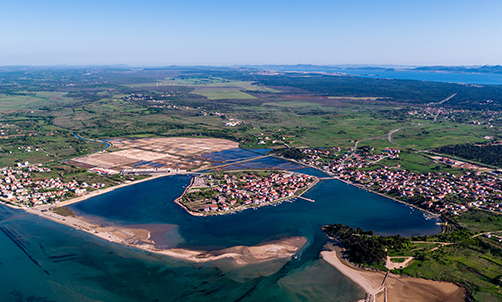 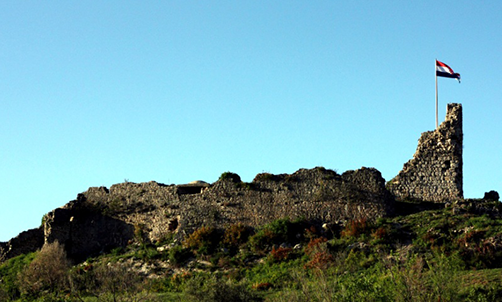 Tracing the Past in Northern Dalmatia 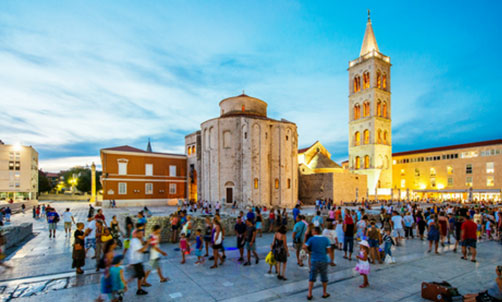 Choosing a Trip for Kids in Zadar Region